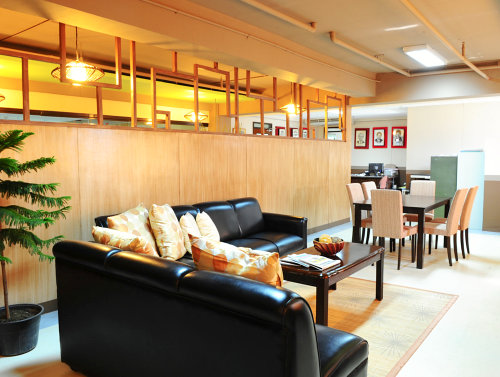 One of the largest and oldest universities in the Philippines, the University of San Carlos maintains four campuses: Downtown Campus, Talamban Campus, North Campus and South Campus. Previously called the Main Campus, its Downtown Campus is home to the School of Business and Economics and the School of Law and Governance. Talamban Campus hosts the College of Arts and Sciences, College of Engineering, College of Architecture and Fine Arts, and School of Health Care Professions. At the North Campus and South Campus are the Basic Education Department, Montessori Academy and the College of Education

A school since 1595 and a University since 1948, USC, since 1935, has been administered by the Society of the Divine Word, an international religious-missionary congregation of priests and brothers established in Steyl, Holland in 1875.

The College of Law

The College of Law of the USC School of Law and Governance is among the law schools in the country conferred by the Legal Education Board with Award for Excellence in Legal Education. Its passing percentage in the Bar Examinations is consistently high. The College has also produced bar topnotchers over the years. In the 2016 Bar Examinations, the College registered a 100% passing mark for its 2016 graduates, and occupied the first, third, seventh and eighth places.

It aims to develop competent and socially responsible lawyers and lifelong learners in an environment that fosters excellence in the academic core processes of teaching-learning, research, and community extension service within a Catholic education that embodies the principles of academic discipline of San Carlos Borromeo and the missionary charism of the Society of the Divine Word (SVD). It is presently offering Bachelor of Laws and Juris Doctor programs on a semestral basis. Paralegal Certificate is conferred to those who are able to complete the second year of any of the two degrees, thereby making the College the first in the country to offer enhanced law degrees bearing features of a ladderized program.

Its facilities include spacious fully air-conditioned library with computer room and perk area; fully air-conditioned classrooms equipped with multi-media instructional facilities; wi-fi connection; two (2) moot courts; separate Clinical Legal Education Program (CLEP) and student organizations office; law conference room and faculty lounge. Its law library was named one of the Model Law Libraries in the country by the Supreme Court, and is the first law school in the country to provide the bundled services of CD Asia Online and Lexis Nexis to its students.

The College of Law is also among the largest law schools in the country, with an average enrolment of close to seven hundred students, male and female in almost equal proportion. Approximately thirty (30%) percent of its students are working in public or private offices. 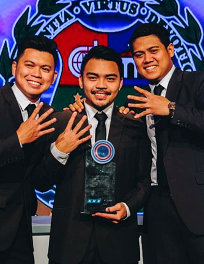 It also welcomes foreign students and faculty under its various exchange programs. The College is the only one with Staff and Student Exchange Program with Stockholm University, Sweden.

It also has a Supreme Court- accredited Clinical Legal Education Program, and is an accredited MCLE provider.

“Carolinian Bar Topnotchers Through the Years”

Send us a MESSAGE